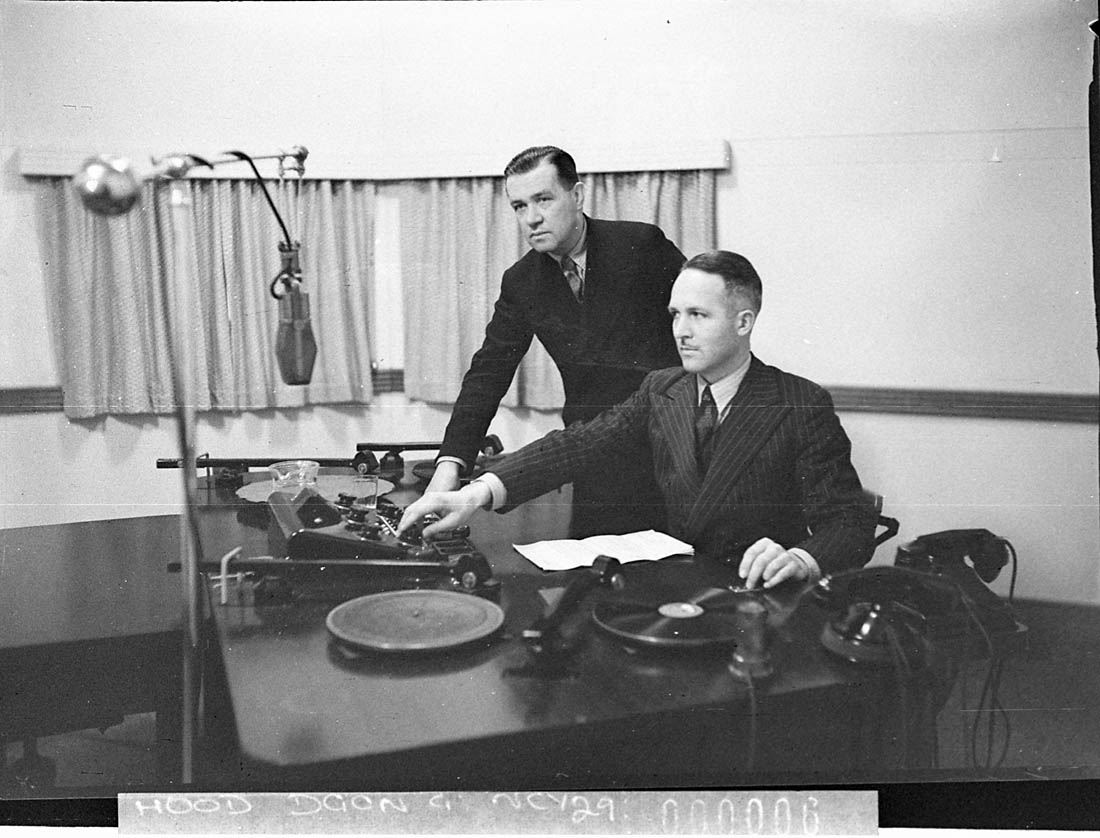 Most of Australian radio history has been lost as old tapes and transcriptions took up space and were mostly dumped and did not seem to have any historic significance at the time. It is just as well that some announcers and engineers recovered stuff from the tip or "pinched" it from the studios if it's future looked grim. And of course the enthusiastic home recordists have also played a major part. It is time to pull all the available material together while there are still people out there who care and remember. Most of this is sourced from various analogue sources including acetate discs real to real tapes and the humble cassette.

Radio Serials And Sponsor's Programs from the golden days of radio that were even before my time.

ABC Breakfast Man Peter Evens Has His own Site

Tony Doherty Show 3DB 1960's Music and News, Temps in Fahrenheit so quite a time back.

Dennis Scanlan On 3DB Quite a lively talk back show.

3CS Colac Wartime Off air recordings of 3CS during the War years.

9Kc Changeover 1978Recorded the night before Australian AM Stations changed to 9Kc spacings from the original 10Kc. Some stations moved a little others a lots so many announcements of new frequencies.

Broadcast Band DX Recordings of broadcast band at night from various locations in Aus and Overseas from the 1970's to 2000's. It has changed a lot in Australia as most stations closed down after midnight and you could hear the world.

Country Radio from 1962/3 Keith Birks took his Ferrograph recorder on holidays and made these recordings of commercial regional stations.

Adelaide 5KA from early 50's Including the 1954 earth quake broadcast.

BOB HUDSON did a very good series of 1960's retrospective music shows on ABC radio in the early 1990's.

Pirate Radio Uranaus Pirate Radio has not had much presence in Australia but here is a rare example. This FM station had good coverage over the whole Melbourne area.

HiFi from 110 years ago (almost) The Amazing quality of early cylinder recordings.

The Unsorted Files I am putting lots of things up, the file name will give you an idea of content.They will stay here until sorted.